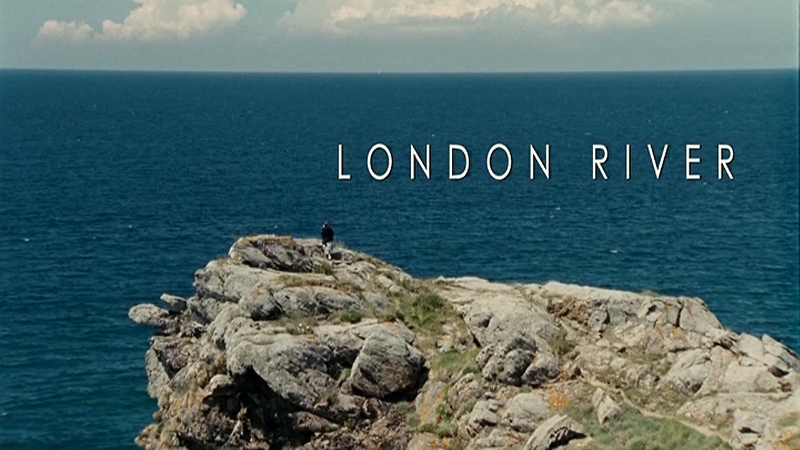 Big thanks to Gary Tooze and Eric Cotenas for the Screen Caps!

ABOUT THE TRINITY RELEASE: First off - this is an excellent film. Bouchareb really nails the narrative and Brenda Bleythn gives another impressive performance. It touches on prejudice and an emotional humanity of two desperate, and unlikely, people finding support and solace in their mutual discoveries. It has received a strongly positive reaction from viewers. In case you were unaware - on July 7th, 2005 four coordinated suicide attacks (3 within fifty seconds of each other on Underground trains) occurred on London's public transport system. The bombings were carried out by four Muslim men - all of whom died - three of British Pakistani and one of British Jamaican descent. 52 other people were killed and around 700 were injured.

Trinity from the UK is a new label that has brought us some fabulous world cinema including an excellent DVD of Cristian Mungiu's Tales from the Golden Age plus Blu-rays and DVDs of Import/Export, and Warwick Thornton's Samson and Delilah. With London River this is a fabulous start!

My single-layered screener is 1.78 anamorphic and progressive. It looks adequate and is probably a decent digital representation of the film. Tighter visuals wouldn't improve the important aspects of the presentation. There is no manipulation and colors are probably not far off how it looked playing the festival circuit from Toronto and Berlin to São Paulo and Hong Kong. Other DVDs have come out in France and The Netherlands but we don't own to compare.

Audio gives two flavors - stereo 2.0 channel and an under utilized 5.1. Dialogue is clear but there is some Arabic and the Brit accents may be harder for some - so optional English subtitles are available. This disc is region 0 in the PAL standard.

Supplements consist of a good 15-minute interview with writer/director Rachid Bouchareb (in French w/subs) + a briefer time with actress Brenda Bleythn. There is also a 1 1/2 minute trailer.

I was very entertained by this and surprised at how much I got into the story. Director Rachid Bouchareb (Days Of Glory) is an exceptional story-teller and we give this film a healthy endorsement. The DVD is a reasonable price for value offered.